In response to Cee’s Photography Which Way Challenge tag.

I looked out the window and saw this whimsical clockwork standing in the middle of the busy roundabout. This sight was surreal for it is a bizarre mix of dreamy fairytale clocktower juxtaposed with dusty city reality. This is the view from one of the rooms of Metropole Hotel, Phuket, Thailand, the old central of Phuket island.

The traffic during the evening peak hours ran like clockwork around the clocktower. It was so fascinating that I spent a couple of hours watching the sunset and vehicles go round and round, and round and round.

Some cars would exit the roundabout into this narrow alley on the left of view. There were a few massage parlours and goldsmith on the ground floors of those buildings you see. There were also a number of clothing shops and a seafood eatery which I had a couple of dinners at.

As I turned the camera towards the left and upwards a little more, I captured a strange ‘V’ shape road, and a single tall building in the left middle ground. It looks strange because roads in my country are usually a more squarish and semicircular. ‘V’ forks are rare.

Then, I was most interested to visit that Robinsons building (large departmental store that also has branches in my country) in the centre of the picture. It is the one with green letter on white wall.

I wanted to go there because I had believed that it offered some creature comfort in the form of bright lights, air-condition, and high shelves.

I made my way there on foot on the last day of my trip, but by that time, I did not really want the creature comforts anymore. I was already accustomed to the Phuket sun, sand, sea, and slower pace of life. In fact, I fell in love with Phuket, and still love it.

Unfortunately, it was about to rain that day, and the sunset I captured was not clear. 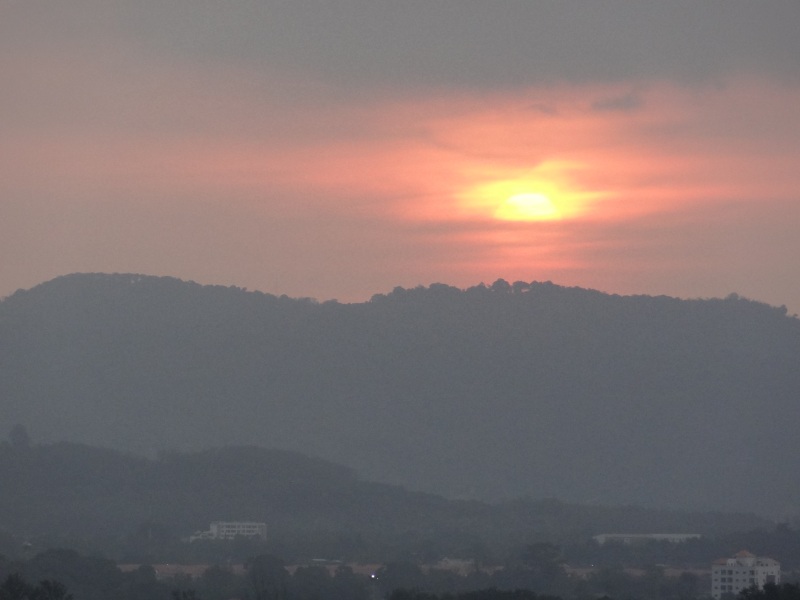 I am thankful that it was sunset behind the mountains because I seldom get to see the sun setting behind mountains as there are no mountains in my country.

Also, I now have the very good memory of watching the Roundabout Clockwork. *Smiles*

How do you feel about roundabouts (either watching or driving around)?

PS: There was no ice cocoa or hot cocoa that evening, but there was COCOnut water out of real Thai coconuts! *grins*

Click on the banner below to participate and/or read more of Which Way Challenge Tag. 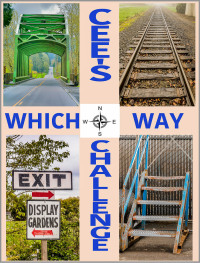 You may also find Cee’s response for this week here.

I begin my journey as a Simmer and discover the lives of different trajectory.

achieve the glow through learning and nurturing yourself with the tarot

I draw, I doodle, I illustrate

I like your inquiry but we will have to find the answers together.

The Diary of a Retiree

Celebrating the scaly, the slimy, and the many-legged.

A mask reveals more than the face

Adventures, disasters, and travel tips from a world explorer.

Just a girl named Ree writing about her life

Life is too short to drink bad wine